Let’s preface this news with the clear understanding that patients undergoing total knee or total hip replacement surgery should consult with their physicians and ask every question they can think to ask. Then ask a few more questions. Then ask a few more.

However, to whom shall your physician go to ask questions? It turns out, the answer to that may well be to a machine. The reason: A new study conducted at the Hospital for Special Surgery in New York City found that computers plowing through various algorithms could reasonably predict which patients undergoing these two critical operations would benefit from the surgery and which ones would not. 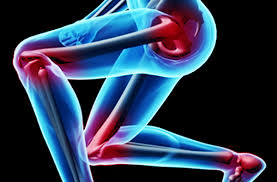 “Machine learning has the potential to improve clinical decision making and patent care by helping prioritize resources for post-surgical monitoring and informing pre-surgical discussions of likely outcomes,” the study found. In so many words, that means, patients should ask their doctors every question they can think up. Doctors, on the other hand, would do well to consult the Oracle, which is to say, they should turn to their computers to help guide their decisions.

Predicting the outcome is not always easy for man or machine, but there may be better outcomes if the two work together. This should never mean allow the computer to take a decision out of your hands. But algorithms in the study did have reasonable predictions concerning whether or not patients, two years after surgery, were benefiting from the knee or hip replacements.

The study was lengthy and included thousands of patients. The data collected involved 7,239 hip replacement surgeries and 6,480 knee replacement surgeries done between 2007 and 2012. According to a press release, “using data about both physical and mental status of patients before and two years after procedures, the investigators were able to calculate whether a patient achieved an MCID across four patient-reported outcome measure scores.” Those scores included self-reporting assessments of general physical health, general mental health, plus measures for hip health and knee health.

An MCID, meanwhile, is a clinical term for “did it work?” Technically, MCID stands for minimal clinically important differences. So, maybe the better translations would be: “did you even notice that the surgery worked?”

Of course, this may be the type of study that will not cause much excitement in the general public, which includes those too cynical to believe these predictions are possible and those who assumed computers were helping orthopedic surgeons make critical decisions all along. But, the point for physicians is a bit more important, because doctors live so close to the action that any miscalculation in this regard is considered a very bad day at work.

Nobody likes unnecessary surgery, but especially so if predictions of outcomes are made easier or more accurate. “The least valuable health care is that which is not wanted or needed,” said one of the senior authors of the study Catherine MacLean, MD, Ph.D., HSS, Chief Value Medical Officer at the hospital.

“Accurate prediction of whether individual patients will achieve a meaningful improvement after the procedure will greatly assist patients and their physicians in determining the best course of therapy,” MacLean said.

END_OF_DOCUMENT_TOKEN_TO_BE_REPLACED

Monica Garcia, Phoenix
Back to Work in Minimal Time

I had a significant shoulder injury and after Dr. Dewanjee performed my surgery, i was back to work in minimal time.  His intelligence along with his experience and knowledge to correctly repair my injury was paramount.

If you have a shoulder or knee injury, I would recommend Dr. Dewanjee at FXRX more highly than any other doctor.
Thank you Dr. Dewanjee!
Jim M, Phoenix
Hilary Matheson
"In January I was involved in a horse riding accident which left me with several broken bones including a badly fractured clavicle.  As a Canadian I had heard horror stories about the American medical system; my experience, however, was wonderful.
Within 24 hours of the accident I had an appointment with an orthopedic specialist, Dr. Sumit Dewanjee.   His staff was professional, friendly and caring, making the whole process of being a Canadian in the American medical system as simple as possible. They dealt with all the paperwork which made the situation much easier for me.
Dr. Dewanjee is a very personable and skilled professional.  He laid out my options very clearly and recommended the surgery I ended up having. The surgery was very successful.
I was made to feel like a valued patient as Dr Dewanjee carefully and fully answered all my questions and concerns.  I would highly recommend Dr. Dewanjee and his entire staff to anyone wanting excellent care and a successful surgical experience."
Debbie R

When I considered total knee replacement, like most people, I was anxious, but when I met
Dr. D, he was very reassuring.  I did not feel rushed during our discussion or when scheduling surgery.  My surgery went very well, I was up and walking soon. I am walking my dogs again and feeling stronger in both legs.  I have respect for Dr. D not only as a surgeon, but as a kind and caring person.

I could not be more pleased with this practice!! I brought my 4 year old son in with a broken arm and was given exceptional same day service. The entire staff was so kind, understanding, attentive, and professional.

The office manager Lindy is a dream! Dr. Dewanjee is fantastic! I have brought my son in for two unrelated incidents and he has treated him so kindly. My dad sees Dr. Dewanjee as well and is so impressed. He is truly a 5 Star Doctor and I am so appreciative to he and his staff.

I am grateful to have found such a skilled and compassionate surgeon. For years I feared the two total knee joint replacement surgeries I needed, thus I put them off for as long as possible.

Dr. Dewanjee was professional, kind, and reassuring. And I now walk with a straight leg that bends at the knee like it should.

I'd like to thank Dr. Dewanjee for his surgical expertise, kindness, and compassionate care. Please know that I think so highly of Dr. Dewangee that I refer many friends to him and even strangers I have met with knee problems.

Dr. Dewanjee has a gift as a surgeon and I am blessed to have benefited from his expertise. I'm now looking forward to my right knee replacement with Dr. Dewanjee as it will only enrich my quality of life."