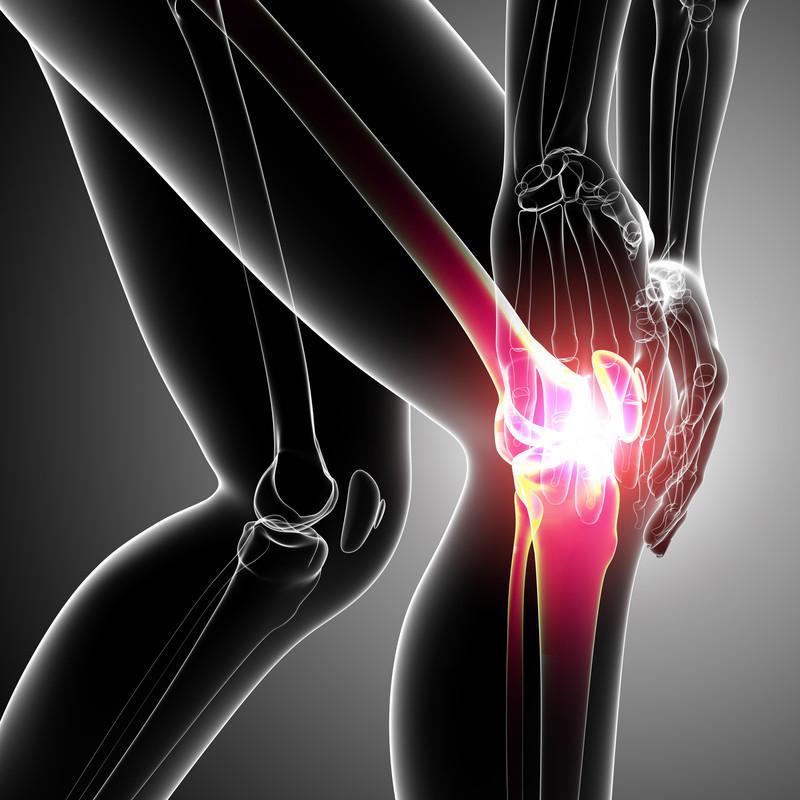 The microfracture technique was developed to enhance chondral resurfacing of knee structures. More than a number of 1800 patients have undergone this surgery where multiple perforations called microfractures are made using awls. These are made into the subchondral bone plate, and perforations are made close together. The distance between them is usually 3 to 4 mm apart, as it is important to maintain the subchondral bone plate integrity.

With the microfracture procedure, marrow elements, including growth factors, mesenchymal stem cells, and other healing proteins, will form an environment, which is enriched and will help the formation of new tissue from a super clot that is induced surgically. The surgery results can be optimized by the rehabilitation program which is curtailed. The marrow stem cells will differentiate into cartilage and articular tissue in the knee, which is an ideal and will eventually fill the defect that is present originally.

Advantages of the Microfracture Technique

Microfracture has many advantages over the current methods used for the treatment of articulate cartilage lesions that occur in the knee. In regards to the athletic population, no technique has been studied. The arthritic knee has had the most procedures studied, and other procedures have been studied in patients of a mixed population. Microfracture has been shown to be a procedure effective in the chondral defects treatment by Blevins and colleagues in both high level and recreational athletes following a period of 3.7 years.

Microfracture procedure is an arthroscopic surgery, in most cases, using standard portals which make it minimally invasive. The preservation of the subchondral plate improves the characteristics of load bearing following the healing. Microfracture has no polishing or heat necrosis introduction into the subchondral marrow and bone. The various awl angles readily control the location of the puncture and the depth of the penetration. Nonstandard equipment or expensive cell cultures are not needed, reducing the supply costs and the surgical equipment costs.

A challenging problem is posed to the orthopedic surgeon by the chondral defects of the knee’s articular surface. Surgery has the goal to prevent changes of a degenerative nature in the future, maximize function, and alleviate pain. These lesions can be treated with quite a variety 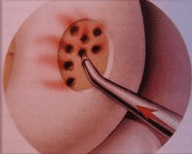 of techniques which will be further described. The size, location, chronicity, and depth of the lesion are factor which the surgeon will have to bear in mind for consideration for the chondral defects and the options available for treatment.

Osteochondral, periosteal, chondral autograft, or perichondral procedures have harvest site morbidity which microfracture does not. In microfracture, emphasis should be placed the meticulous handling of the plate, which is subchondral and the healthy surrounding cartilage. For the unhealthy cartilage there should be adequate debridement. Weight bearing restrictions should be implemented, as well as a patient rehabilitation program.

Contraindications of the Microfracture Procedure

The microfracture technique has indications as well as contraindications, which are important to understand prior to getting to treating chondral defects. Microfracture is easy to perform and results in low patient morbidity. This technique has a number of advantages compared to options of surgery otherwise. Long term bridges are not burnt by the technique, and a different procedure can be chosen by the surgeon in order to revise the chondral defect, in case of any failure of the microfracture. The local environment has effects on microfracture, which are important to understand as it affects the healing mechanism. After the procedure itself, postoperative protocol is as important as the surgery itself. Better surgical technique as well as improved outcomes can result from the understanding of the science behind this microfracture procedure.

Articular cartilage defects do not normally heal spontaneously especially the full thickness ones. Eventual degenerative changes can be reported by patients who because of chondral defects have not had significant problems clinically. Autografts, drilling, cell transplantation, abrasion, and allografts are all techniques that are employed to treat chondral defects. By the taking of an advantage of the body’s healing potential will provide an environment which will be suitable for the formation of new tissue.

In a recent clinical study regarding the microfracture procedure, researchers evaluated the radiologic and clinical results, histological evaluation, second look arthroscopic findings, and the results of immunohistochemical staining. They also evaluated the western blotting test for the type II collagen for the chondral defects with full thickness damage in patients who also had osteoarthritic knee.

There were 46 patients with moderate osteoarthritic changes who went through the microfracture procedure. There were 49 knees procedures, and 47 of the cases had second look biopsy and arthroscopy, which was performed one year after the main surgery. The Baumgaertner’s 9-point scale was used to assess the outcomes clinically and joint space changes were radiographically measured. Immunohistochemical study was conducted on 18 knees, and the identification of the type II collagen formation was carried out on 21 knees.

From the results of this study, it was concluded that patients who had chondral defects with full thickness in their osteoarthritic knee could possibly have improvement in the function and have a joint space increment after having microfracture procedure. Incidentally, type II collagen was present in the cartilaginous tissue that formed in the osteoarthritic knee after the microfracture procedure.

Dr. Sumit Dewanjee with FXRX offers all types of knee procedures for cartilage restoration including microfracture, ACI, OATS and more along with meniscal procedures. As one of the best orthopedic surgeons in Phoenix and Scottsdale, Dr. Dewanjee has won the Patients Choice Award 5 years in a row!