Over the years, new studies have been able to demonstrate that transplanting healthy cartilage to a fixed area with damaged cartilage using osteoarticular transfer surgery (OATS) has superior results compared to just repairing the cartilage defects. It is believed that fixing these lesions can not only prevent osteoarthritis from occurring, but it can also allow individuals to reliably return to their regular activities. 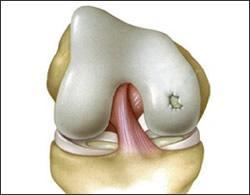 For years researchers have realized that erosion of the soft lining at the end of the bones can result in symptomatic osteoarthritis. This cartilage can be damaged as a result of a traumatic injury, or due to normal wear and tear. Once the cartilage has been damaged, it will then continue to deteriorate. With athletes that experience progressive osteoarthritis, this will often force them to give up their sporting activities.

The Microfracture Procedure vs. OATS

Throughout the years, researchers have created several different procedures to repair damaged cartilage with patients who range from around 16 to 50 years old. The current standard treatment is a microfracture, which is an arthroscopic procedure that utilizes a tiny pick in order to punch holes in the base of the cartilage area that is damaged. This results in bleeding, which causes bone marrow cells to surface at the damaged tissue, and causes the cells to transform into fibrocartilage cells that then heal the defected area.

With only a 40% return rate for athletes that undergo this microfracture procedure, more promising treatments are constantly being developed. The OATS is a more recently developed procedure that involves the transfer of healthy cartilage tissue from one area of the patient’s knee to the area that is damaged.

The graft that is transplanted includes underlying bone and cartilage, and is able to be performed arthroscopically. A single cartilage plug is able to be transferred, as well as a multiple plug transfer in a procedure referred to as mosaicplasty. These plugs are only a few millimeters in diameter, and multiple plugs that are transferred to a damaged area create a mosaic appearance.

Researchers Say OATS is Better than the Microfracture Procedure 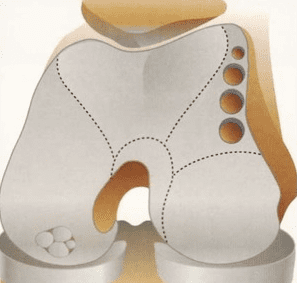 athletes to their respective sports with results that last longer. However, researchers wanted to verify these results with the U.S. population because of the differences between European and American sports.

To test the results, researchers recruited 48 participants with “potholes” in their cartilage around the femoral condyle, which is located in the upper portion of the knee in the thigh bone. As a control group, researchers identified 48 participants that were matched for gender, and received a microfracture procedure at the same location, with the same lesion size.

The participants were evaluated prior to the surgical procedure, as well as at years one, two, three, and five, following the procedure. Several tools that are used to measure the outcomes with patients that receive these types of procedures were administered.

This included a short form health survey that consisted of 36 questions regarding general health and is commonly used throughout all medical fields. They also used two questionnaires that were knee specific and included the Knee Outcome Survey, and the International Knee Documentation Committee. Also administered was the Marx Activity Level, which is scored with a scale of 0 to 16 to gauge the participant’s ability to perform activities, such as running, decelerating, cutting, and pivoting.

The results from the short form questionnaires and Knee Outcome Surveys did not identify any significant differences with the Marx Activity Level. Participants who received the OATS procedure received higher scores compared to those who received a microfracture procedure, at years one, two, three, and five, following the procedure.

These results are not surprising considering the OATS procedure utilizes natural cartilage in the repair, where the microfracture uses a repair made up mainly of fibrocartilage. This indicates that an osteo-articular transfer is an appropriate option for treating osteochondral defects and has excellent short and long-term outcomes in the majority of patients. It has been noted that better outcomes are seen with younger patients, as well as when the procedure is performed no more than 12 months from when the symptoms first occur.